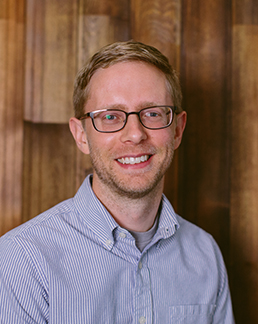 Born and raised in Defiance, OH, Dan first encountered Jesus while a sophomore at Miami University (OH). While there, God opened Dan's eyes to see his own sinfulness and the hopelessness of trying to be do enough or be good enough to deserve God's love. Instead, he gave Dan a new and lasting hope through faith in what Jesus had done for him on the cross and the salvation he freely offered by grace.

After college, Dan served in college ministry in Europe (Macedonia and Italy), before returning to the US to marry his wife, Emily. Dan then worked in banking for a few years while serving in a church plant in Middletown, OH. In 2010, Dan and Emily moved to Minneapolis for Dan to attend Bethlehem Seminary. Upon graduating with an MDiv, Dan and Emily moved to Indianapolis for Dan to complete a pastoral residency at College Park Church.

In June of 2016, Dan was then called to serve as Lead Pastor of Chapelwood Baptist Church. He and Emily now live with their two daughters in the same neighborhood as the church, where they enjoy getting to know and serve the people of Chapelwood and the West side of Indy.